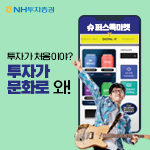 South Korea’s Namyang Dairy Products chairman Hong Won-sik’s conditional deal to sell his controlling stake in the company to Dayou Winia Group is raising doubts about his intention behind the decision.

According to legal sources on Wednesday, Hong has not yet paid any fees to buyout firm Hahn & Company after a local court last month granted an injunction filed by Hahn & Co to block Hong from exercising his voting rights.

Hong is also responding in a slow manner to the main case. In August, Hahn & Co filed a lawsuit worth 207.3 billion won ($174 million) with the Seoul Central District Court through its legal representative Yoon & Yang to force him to fulfill a deal that the two sides signed in May.

With no reaction from Hong, Hahn & Co made an application to the court for the designation of a hearing date for the main case earlier this month. The court has set December 2 as the start date, but Hong still hasn’t taken any action against the decision.

Instead, Hong abruptly announced a deal to sell the company to mid-sized local business group Dayou Winia if he wins a legal dispute with Hahn & Co.

Legal sources widely expect Hong to take similar action in the main case, potentially not disclosing his legal representative until the first hearing date, trying to postpone the trial, or not appearing in court.

However, Hong’s strategy to delay the case could put him into a disadvantageous position. Legal experts said that Hong’s conditional deal with Dayou Winia itself is contrary to the court’s first ruling that validated the contract.

Hong said he will sell the company to a new buyer as soon as his lawsuit against Hahn & Co ends. However, his controversial steps during the legal battle and the recent conditional deal are raising questions about his real intention.

Market insiders said that signing a deal with Dayou Winia could be a strategic move for Hong to show that there are other potential buyers for the company besides Hahn & Co.

He may also intend to justify his argument that the spin-off of ice cream desert cafe brand Baekmidang from the dairy firm was a prerequisite for the contract between him and Hahn & Co, which the court did not accept. (Reporting by Gyoung-tae Kim)
< 저작권자 ⓒ 자본시장 미디어 'thebell', 무단 전재 및 재배포 금지 >