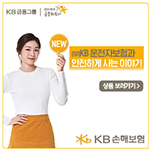 GS Group was among one of the South Korean conglomerates that had been highly interested in bidding for the country's second largest carrier Asiana Airlines, a deal expected to be the largest in the domestic M&A market in 2019. Earlier this year it had reportedly launched a task force to assess the pros and cons of the acquisition of the airline. The conclusion, however, was to scrap the plan.

Apart from a high price tag, few connection points between an airline business and its existing business portfolio were said to be the main reason for the decision. Executives of the conglomerate had reportedly concerned about its lack of experience in the aviation industry.

Seen in this light, GS Group's recent move comes as a surprise: GS Home Shopping, a TV shopping business arm of the group, bought in late October a 6.87 percent stake in Hanjin Transportation, a logistics service arm of the country's another major conglomerate Hanjin Group. Though incomparable to the Asiana deal in value, the transaction clearly signifies a change in GS Group's approach to investing in new business areas.

Many industry watchers then viewed the conglomerate's move as playing a white knight for Hanjin Group's owner family, which was in trouble because of inheritance issues after the late chairman Cho Yang-ho passed away in April. GS Home Shopping, however, denied such claims, explaining that the purchase was to strengthen the relationship between the two firms.

This could mean GS Group's "indirect" expansion into the logistics sector through minority ownership of Hanjin Transportation, though the stake is even less than seven percent. Such an approach - making a minority equity investment rather than taking over a controlling stake to directly run businesses - has recently been refocused within the conglomerate looking for new growth engines in the era of fast changing technologies, a source with knowledge of the group's thinking said.

The shift is also reflected in recent investments made by GS Caltex, the conglomerate's flagship affiliate. Over the last three years, the second largest refiner in the country has acquired minority stakes in several mobility startups, including Cardoc, Owin and Green Car.

Such a move shows that GS Group has great interest in expanding into logistics business closely relating to the theme of mobility, on which the group is focusing on in recent years. In light of that, its earlier purchase of a minority stake in Hanjin Transportation can be considered an attempt to strengthen the group's competence in the logistics market.

"The purchase of a stake in Hanjin Transportation seems to be more about acting as a white knight [for Hanjin Group]. But it is also accurate to say that GS Group would likely partner with Hanjin Transportation, among other logistics companies, if any relevant business opportunities arise within the group in the future," said the source.

Eyes in the industry are also focused on the conglomerate's plan to launch an investment fund contributed by its affiliates to support new business projects. The initial target size of the fund is said to be set at around 250 billion won ($212 million), though the pace of fundraising has been modest so far. "The rate of fundraising is expected to accelerate after a year-end corporate reshuffling," said the source.